To Be Someone Else, You Must First Know Yourself 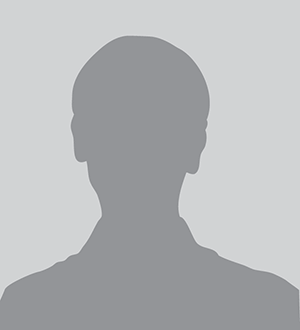 The term “acting” is something of a misnomer, as the best “actors” are actually people that can so completely and fully embody another persona that they quite literally become a whole other person for a few moments. The ability to become another person, however, is dependent on your ability to completely and totally set aside your own thoughts, opinions, prejudices, belief systems, behaviors, experiences and memories - and all of the ways in those experiences and memories have molded and shaped you into the person you are.

How you move, how you walk, talk, act and respond in any situation is all determined by your history. Acting is the ability to walk, talk, act, move and respond from a history that is not your own. The best actors are able to take everything that makes them “them” and put it in a “ mental box” which then creates space for them to fully immerse themselves in the thoughts, beliefs, opinions prejudices, memories and experiences of a whole other person.

Acting is a form of conscious schizophrenia: the ability to compartmentalize multiple personas and put them on and take them off at will.

In order to put away your own thoughts, opinions, prejudices and belief systems – or Self - however, you have to understand what they are in the first place; what makes you YOU.

Being an actor is very closely related to being a psychologist. Acting is the business of understanding what makes people “tick” – how they act and behave in certain circumstances, what makes them different from all other humans and what makes them the same.

Actors also have to know and understand behavioral differences between Australians, Canadians, Americans and Brits; they have to understand how Asian Americans are different from Asians and how a person born in Germany that grew up on American military bases sees the world differently than a person born and raised in Midwestern America and how that differs from someone raised on either the East or West Coast.

One of the great things about doing your work as an actor, however, is that it will also help you develop as a person. “Hollywood” is a shark tank in which only the strongest survive. Suicide and drug overdoses are a regular occurrence and rehab programs and self-help groups do a booming business. Doing legitimate acting work will not only help you understand people, it will help you understand and accept yourself – which in turn will help you hold on to Self and not get lost in Other. Being “successful” in Hollywood is not just about having the biggest paycheck. If your big paycheck costs you all of your most important relationships, you will crash and burn spectacularly – it is a guarantee. To be truly successful in Hollywood – or any other industry – requires the ability to consistently do solid work (for which you will inevitably be quite well paid) while still maintaining solid relationships.

As your ability to genuinely take on and inhabit other personas improves, so does the temptation to simply “act” your way through life by simply putting on and taking off persona after persona until you have no real relationships anymore, because no one actually knows you. Being fully and completely known by another – for exactly who you really are – is a valuable and important part of human connection and relationship. We all have our dark sides, however – parts of ourselves that we do not want to be known - and it can be tempting to simply hide those away under a never-ending string of personas and never allow anyone to seem them.

This is a mistake.

Part of the brutal process of being a professional actor involves learning to fully and completely admit and accept exactly who you are – prejudices, lies, hypocritical beliefs and all.

One thing that aids in this is the understanding that we all do and have done things that none of us want to admit that we do or have done. We are all darkness and light, and we are all in this thing called life, together.  We all have skeletons, we all have a past and we are all capable of being inexplicably kind or cruel.

People can be extremely small and petty.

People are far easier to manipulate than they want to believe.

People can also be kind when you never expect them to be.

People can be honest when they have no real reason to be.

Part of the temptation to lie as an actor comes from the belief that we are different from other people – that we are “bad” and they are “good.”  Learning about the “dark side” of all humans (and that’s it’s really not all that “dark” after all) helps us not only to be better actors, but also to accept ourselves more and to be honest and real in our off-screen/ real life relationships.

While you can learn a lot about these concepts on the Internet, through blogs, articles and posts, it’s important to begin the discipline (if you haven’t already) of reading books. The massive amount of material on the Internet makes it impossible to govern. It is too easy to get away with “fudging” facts or simply present outright opinions as facts and never be caught or called on it. Not only do books provide a far more in-depth look at human behaviors and the reasons behind them, but the science behind them is much more likely to be legitimate.

Here is a list of books that will help you not only learn about yourself as an actor, but about the interior lives of the characters you will play that will help you begin the process of differentiating between “Self” and “Other.”

Most professional actors have a portfolio of headshots that they use to send out for various types of roles. Read More

Essential Reading For The Professional A.. | RobinBlack

Acting requires a deep understanding of human nature. Here are 5 books that will help you to understand both yourself and the characters you will play. Read More

How to best utilize and make up artist in your shoots. Read More